Lock In What You Learned

From Washington to Arkansas:  A teaching technique from Sensei Kris Wilder 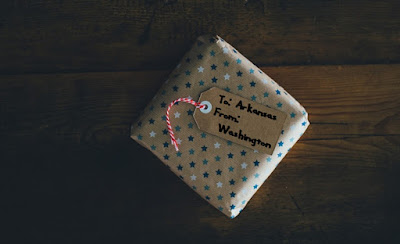 One of my favorite things about the 50 States Challenge is passing on what I learned at previous stops.  After taking some time to process everything I've been taught, I pass along a Takeaway Technique that exemplifies the lesson from the previous school.  Then after I pass it along to the next school, I put it on the blog for all to see.  You can blame Iain Abernethy for this, since it was his idea.

When I was in Seattle, I got a lesson in teaching.


I got a lot of good stuff out of Sensei Kris, but it was easy to choose what piece of it should be the takeaway technique.

I had just finished teaching the oldest group of students about kicking mechanics and pivoting theory, with a digression into two-person forms.  Just as we were wrapping up, he asked each student in the class what they had learned.

Each student in the class had an answer, and those answers were diverse.  Some of them mentioned specific techniques that were new to them.  Others mentioned details of techniques that they didn't know before.  Others came up with observations about life.


I instantly loved what Sensei Kris did.  By doing that, each student had to reflect on the class and think of something that was useful to them.  That by itself made it far more likely that they would remember it.  It was sort of an on-the-spot personalized mini review session.  I imagined that once a student has been put on the spot with a question like that, in future lessons they might keep it in mind that they might be asked again.

For example, say a student is told to throw a punch for the thousandth time.  As the class gets busy throwing punches, that student might be just going through the motions.  Until someone points out to him that he could get more power if he adjusts his stance.  The student could file that information away for later, thinking, "There's a good thing to mention if I get asked what I learned today."  And by filing it away to be recalled at the end of the class, it could also be recalled later, say, the next time he was throwing punches.  And he would remember it whether he actually got asked at the end of class or not.  It was brilliant.

Later Sensei Kris pointed out an aspect that I hadn't noticed.  He said that while it's really useful to the student, it's equally useful to the instructor.  He said it gives him insight into his students and how they learn.  He said that some students mention very specific mechanical things, while others mention general feelings of techniques, and others cue off of stories or jokes.  As he said this, I remembered examples from the class I taught.

I have incorporated this into my teaching, and I'm so happy with the results.  I've gotten responses from tiny details like, "I should turn my foot more when I throw roundhouse kick," to grander observations like, "The power isn't coming from where I thought it was coming from."  And, not gonna lie, it's pretty cool as the instructor to hear all of your students articulate their learning and how much they got out of your teaching.  Try to trip over nothing on your way off the mats so your head doesn't get too big.


If you're interested in trying this out yourself, here's how.


1.  Don't warn the students that you're going to ask them what they learned.
2.  Ask each student individually and give them time to answer.
3.  Everyone has to come up with an answer.  No sitting out.
4.  No one is allowed to repeat someone else's answer.
5.  If a student can't think of an answer, let them think about it and come back to them later.
6.  You may want to ask the least experienced students first.  It's a little harder to answer last because if someone else gives your answer before your turn, you have to quickly think of a new one.


This part is me riffing off of what Sensei Kris taught me, so don't hold it against him if you don't like it.

If your instructor doesn't ask you what you learned, you can still ask yourself.  Do it right after the class ends.  Write it down, if you like.  Just reviewing it in your head will be useful, but having a record is even better.

You shouldn't have any trouble thinking of something you've learned in a class.  If you're consistently having a really hard time, it might be time to take a long, hard look at your training and see if anything needs to change.

Full disclosure:  I kind of messed this up when I was in Arkansas.  When I saw the huge turnout, I realized that there was no way everyone would be able to provide a unique answer.  So instead I asked for a handful of volunteers to give it a try.  Even with the smaller group, I didn't leave enough time for it at the end of the lesson.  It was really rushed trying to get answers out of everyone, and on a couple of them I had to let them slide without providing their own unique answers.

Just my luck that the first time I foul this up, it's at a seminar for the 50 States Challenge.


Well that was embarrassing!