When I realized my first stop on this project would be West Seattle Karate I was certainly excited, but I noticed one little problem.  I'd be teaching a group of students who were accustomed to being taught by Kris Wilder.

Between Kris Wilder and myself, one of us gets invited all over the world to teach seminars, and one of us came up with a hairbrained idea for a travel project that is, for some reason, actually happening.  I imagined students who learned from him regularly and thought they must be very happy with their normal instruction and might find me to be a disappointment.  A week later, I was certain that he had yellow belts more skilled than me.  A week after that, his yellow belts were all ex-marines who ran their own schools.  By the time I arrived in Seattle, I was envisioning a host of time-traveling Samurai from feudal Japan, who between their active careers in Special Forces and their side jobs as karate instructors, had no patience for my underwhelming kicking advice.  Thankfully my overactive imagination knows to sit down and shut up once class begins. 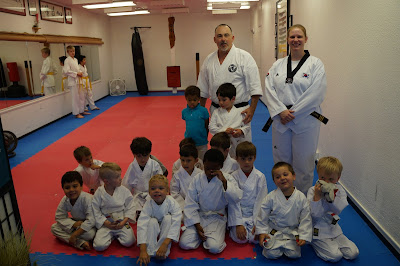 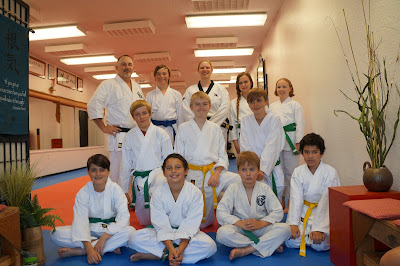 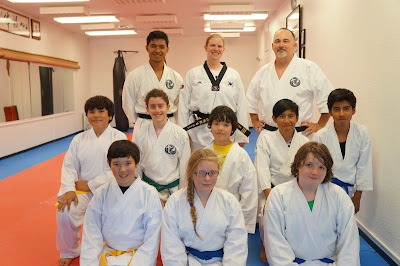 For all my worrying, nothing bad happened.  It's a fools errand to make any blanket statements about a group of students, since they're always individuals first and a class second.  But one trend I noticed at this school was that the higher the belt, the more eager the learner.  I hope I can foster that trait in my own students someday.

Given the broad assignment of teaching some kicking, there were a lot of ways I could have pared it down to a single lesson.  Eventually I decided to focus on pivoting.

In my opinion, pivoting often isn't given the attention it deserves.  It can seem like an inconsequential detail that can afford to be overlooked until the larger movements in the kick are mastered.  However, there are some very good reasons to correct it sooner.

First, correct pivoting can prevent injuries.  I know people who have done permanent damage to their knees because they kicked with poor pivots for years before correcting what seemed like a minor stylistic detail.  In fact, they were creating repetitive stress injuries by throwing their body weight against their knees at an unhealthy angle.

The second reason to correct pivots early is because it makes it much easier to correct the kick itself when the pivot is right.  When a student is having trouble with a kick, correcting the pivot almost always fixes the kick.  This is because when the standing foot is in the correct position, the hips usually fall into the right position with no effort. Conversely, if the pivot is wrong, it's almost impossible to kick correctly because the hip positioning won't allow it.

Some very flexible people can make a kick look right while not pivoting correctly.  Even in these cases correcting the pivot is beneficial.  By getting the standing foot and hip into the right position relative to the target, not only is the knee protected, but it also ensures that the strongest muscles are powering the kick.

This was my thinking as I filled the classes with drills, technical details, tips and trick for kicking.  I also got to tell a couple stories and the occasional joke.  Overall it seemed well-received, and thankfully my concerns about starting this project were groundless.  In fact, I was lucky to start here.  They were a great group, Sensei Kris was kind in his hospitality, I learned a lot and it was a lot of fun.