Like much of the world, I have been doing a lot more hand washing lately than I used to.  Which in turn has caused me to go through a lot more hand lotion.  And this leaves me with a bit of a problem, which is that I really dislike most hand lotions.

The main thing is the smell.

And there's surprisingly little left over when you eliminate all of that.

But today I conjured up some vague recollection of a friend of a friend making their own lotions.  Maybe I can do that!  Maybe I could launch a whole line of Face Punch Lotions and name them things like Roundhouse Kick and Legendary Warrior.  I bet I could sell like two jars. 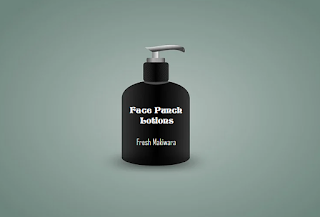 So, then, with my perfect lotions, I don't have to smell like a food, a flower or a hospital.  But what DO I want to smell like?

Yes!  I will finally have hand lotion that I love!

I tracked down directions for how to make hand lotion, and scoured the internet for ingredients.  And that is when reality came crushing down on me.

It turns out, making lotion is hard and expensive.  It would cost me hundreds of dollars to even give it a try.  Well.  I can repurpose that old bottle of body cream under the sink for free.

I know you're crushed, but Face Punch Lotions was just not meant to be.